Some of the achievements of Al-Zahrawi as a Biomedical Engineer

Al-Zahrawi (936–1013 A.D.) was named after AlZahraa, a city near Córdoba, Andalucía, Spain; it was where he was born and died. He is a Muslim surgeon (Figure 1) who had a wide reputation in Europe during the Middle Ages. He was a true inventor, creating many surgical instruments that were not known in the GrecoRoman era. The illustrations of such instruments in his encyclopedic work, Al-Tasrif, reflect his willingness to teach (1).

The weight of a positive doctor-patient relationship on the psychological state of the patient was promoted by him. He showed the importance of bedside clinical medicine (2). His ethical concept in research was shown by mentioning above sixty references in his work (3). 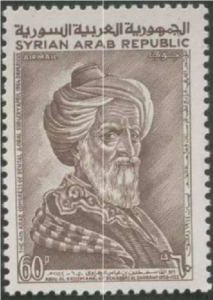 Fig. 1. A Syrian stamp issued on the fourth Arab congress of dental and oral surgery in 1964 and bears a drawing for Al or Al-Zahrawi. 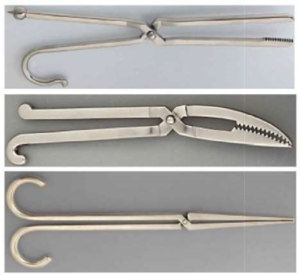 Fig. 3. Tweezers for extraction of teeth roots and jawbone fragments (4).

He suggested the replacement of teeth displaced from their sockets because of trauma. He proposed the use of prosthetic dentures made of animal bones for replacing the missing teeth (5, 6, 7).

He also used minerals in oral and dental diseases. Alkali was used in the treatment of pyorrhoea. Alkyonion stone would be helpful for teeth whitening, gum strengthening, and pyorrhoea and putrefaction treatment. Alum was employed as a haemostatic, toothpaste, mouthwash, and for the treatment of gingivitis, pyorrhoea, and thrush. Moreover, Alum was used for consolidating loose teeth, preventing halitosis and putrefaction, strengthening gums, and healing mouth chancre. In fact, Alum is still often included in preparations for mouthwash and gargle for treating pharyngitis and cough.

Armenian bole was used for strengthening gums, buboes (swollen lymph nodes), and ulcers. Depending on polishing teeth, cleansing the mouth, and preventing halitosis, tooth decay, pyorrhea, and mouth cankers. Arsenic was used for mouth chankers and as a caustic. Lapis lazuli was applied in case of mouth cankers, its caustic activity, lime was used for loose teeth, gum decay, and chancre. Marcasite was mainly used as a dental painkiller. Strengthening the gums was the main function of orpiment (8, 9).

Al-Zahrawi used a curved scalpel in the procedures of removing the swollen tonsils. The scalpel’s concave side is sharp, and the convex side is blunt, as shown in Figure 4. The curved scalpel could be used to cut off a pale and elongated uvula or to excise throat tumors (10, 11, 12).

He used a pointed cautery to treat otalgia, as shown in Figure 5. Several points on the auricle were cauterized (13). He used a fine scalpel (Arabic: Mibdaa Raqiq) to crash a foreign body that had entered the ear and swollen up inside the ear due to moisture, as shown in Figure 6 (4).

Fig. 6. Fine scalpel for splitting foreign bodies that have fallen into the ear (4).

He used scalpels to remove adhesions in the inner corner of the eye and to cut off pterygium, as shown in Figure 7 (4,14). He described a crescent-shaped cautery used in case of the eyelashes grew turned into the eye, as shown in Figure 8. The roots of the hair on the eyelid were cauterized to stop cornea irritation (4, 15). The same cautery was applied for the relaxation of the upper eyelid. The required length of cauterization was the length of the eyelid. The required thickness of cauterization was onethird the thickness of the skin. He noted that the physician should use tremendous delicacy to prevent burning the temples (14, 15, 16).

Fig. 7. Scalpel for cutting off pterygium and removing adhesions in the inner corner of the eye (4).

Fig. 8. Crescent-shaped cautery for cauterizing the roots of the hair on the eyelid when eyelashes grow into the eye (4).

In case of migraine headaches, he used a tip of a hook to twist and cut the superficial temporal artery. The hook could have one, two, or three prongs, as shown in Figure 9 (17, 18, 19, 20). 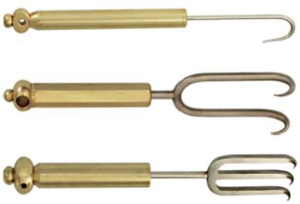 When the enlargement of an artery at the mouth occurred, he suggested the usage of a knife to make a longitudinal incision at the affected area. He used hooks to widen the field of view to simply canvass the artery.

Then, he used an aneurysm needle and a double thread to tie the artery in two places. A scalpel was used to open an aperture between the two ligatures to let the infected blood out, as shown in Figure 10 (4, 21).

Fig.10. Scalpel for making an opening in infected artery

In case of entropion, he used cotton wool dipped in egg white or mucilage of psyllium seeds under the eyelid before cauterization (13). In case of harelip, he was the first to use a wax plaster after cauterization for safe healing of wounds and the reconnection of the two sides of the cleft (22). Wax insulates the wound from the surrounding air which could cause the putrefaction of the wound (23).

In cases of the opening up of swellings occurring in the womb, a wool dressing soaked in an infusion of mallows (Malvaceae family) was placed on the pubes. A perfusion of honey, water, and decoction of liquorice (roots of glycyrrhizae) oraristolochia was used to wash the wound and the uterus. Then, ointments were applied (24). Green oil, also known as Egyptian oil or vitriol, was used as a hemorrhage stopper and swelling cleaner after its extirpation. Mallows were used to cool down the womb, relieve its swelling and heal the wound.

In cases of nasal polyps, he inserted a lead tube into the nostrils as a postoperative treatment. The lead tube was loaded with Egyptian oil or drying medicaments by instillation for the complete healing of the wounds. During the surgery, he recommended the use of vitriol in case of bleeding. As a sterilization procedure, the patient was asked to rinse his mouse out with salt and vinegar (7,22).

He classified his manufactured perfumes according to their beautifying properties. Hence, hand creams, nasal sprays, and mouthwashes were included. He was careful to address the cost of his recipes, giving both expensive and cheap alternatives for many of them (25, 26, 27). He modified Paul of Aegina’s technique for surgical management of moderate and severe gynecomastia in men to remove the excess breast tissues and maintain firm breasts (28, 29).

He favored stabilization in case of spinal injury. In case of the presence of bone fragments in the spinal canal, they should be cut down and removed using spars and winches. Then, the edges of the opening should be sutured (30, 31, 32). He preferred a delay of one or more days in applying bandages over splints to guard against swellings (33).

Recognition must be given to the Frankfurt and Istanbul Museums for the History of Science and Technology in Islam. The Istanbul Museum has copies of the instruments that are in the Frankfurt Museum, and both museums are founded by the same person, Professor Dr. Fuat Sezgin. Institute for the History of Arab-Islamic Sciences, which runs the Frankfurt Museum, kindly and generously authorized the reproduction of the instruments’ photos in this article.