Abortion is defined as the termination of pregnancy before viability i.e. ability of conceptus to survive outside the womb. The foetus is generally considered viable after 24 weeks of pregnancy. Although widely practiced worldwide, there has been much debate as to whether abortion is ethically acceptable. In the UK, abortion is legal (under certain conditions) and is widely practiced in the National Health Service (NHS). For many years, Muslim health professionals in the NHS have been frequently asked to get involved either directly or indirectly with abortion. However, there appears to be a lack of clarity amongst the majority   of these professionals on the Islamic position on this important matter. We have therefore conducted this review aiming to establish a balanced and evidence-based Islamic verdict on abortion based on the most widely accepted Islamic views taking into consideration current medical knowledge.

In general, Islamic guidance is primarily sought from Islamic Religious Texts (IRTs) including Quran and authentic Prophetic Hadith. In the absence of a direct IRT, Islamic rulings are usually provided by reputable and respected Scholars either as individuals or institutions based on specific and well-documented evidence. This evidence could include indirect IRTs, rulings on similar issues (Qiyas), or well-established Islamic Principles (Usool). In Islam, no scholar has the authority to produce a verdict on any matter without providing an acceptable evidence. In their effort to reach a valid Islamic ruling, scholars need to have a good understanding of the subject matter and to be fully aware of all cultural circumstances of the population concerned. They also need to consider all potential consequences of their rulings. All these require input from multidisciplinary experts from the various fields.

Over the centuries, many Imams, schools of Fiqh (madhhabs) and scholars have produced different rulings on various issues concerning Muslims. Many of these rulings need to be reviewed and updated by contemporary scholars in view of emerging new information. Furthermore, current scholars need to address new issues that were not known to the predecessors. In recent years, there has been a greater focus by scholars to collate their efforts in research papers and articles, which can be widely available for those seeking the Islamic stance on various issues (1, 2, 3). The Islamic Code of Medical Ethics (4) being a good example of this.

In this essay, the opinions of the main schools of thought were considered, as well as sources that deal with the medical aspect of abortion in relevance with Islam. A wide range of sources were used in order to improve the accuracy of the information included, such as web articles, journals and books. The sources themselves were found via online search engines such as Google Scholar, and databases such as Medline and PubMed.

The first Islamic principle that should be considered when tackling the topic of abortion is the Sacredness of human life. Allah SWT says “Take not life which Allah has made sacred” (6:151). In another verse Allah says, “If a man kills a believer intentionally, his recompense is Hell, to abide therein (for ever)” (4:29). The position of Islam on killing children is also clear according to the qur’anic verse “Kill not your offspring for fear of poverty; it is we who provide for them and for you. Surely, killing them is a great sin.” (17:32)

The third principle, which is well-established in Islam is the prioritisation of matters according to level of importance. This is called ‘al-ahamm wa ‘l-muhimm’ meaning that priority should be given to the more important before the less important. This is further supported by the Hadith in which the Prophet (SAW) says ‘when two forbidden things come [upon a person] together, the lesser will be sacrificed for the greater’

2. Ensoulment of the human embryo:

Knowledge about Ensoulment can only be sought from a divine source including the Qur’an or authentic Hadith. The only evidence for this is the Hadith narrated by Abdullah ibn Mas’ud as follows: the Messenger of Allah (Allah bless him & give him peace) said: “The seed of one of you remains in the womb of the mother for forty days in the form of a Nutfa. Then it remains like a Alaka for forty days, and then for a same number of days like a Mudgha ” (Sahih al-Bukhari & Sahih Muslim). According to this hadith, many Islamic scholars stated that the soul enters the foetus at 120 days (Faqeeh Ibn Abidin, Radd al-Muhtar, 1/202). Considering the four main schools of thoughts within Sunni’s, both the Hanafi and Shafi schools as well as the Shiite jurisprudence believe (5) that ensoulment occurs around day 120. (Radd al-Muhtar, 1/202). On the other hand, the Maliki and Hanbali schools believe this to occur by day 40 (6). This difference in opinion largely rises from a difference in interpretation from the aforementioned Hadith.

According to our understanding of the embryonic development, when we put the above hadith against the table of embryonic development we will find that the three stages mentioned in the Hadith including Nutfa, Alaqa and Mudgha do not take as long as 120 days, but only 40 days. Based on this knowledge, it is possible to conclude that ensoulment occurs after 40 days.

An area of significant controversy is the point at which the embryo/foetus becomes a full human. Many Muslim Schools of Fiqh believe that ensoulment coincides with the establishment of a full human with all his/her due rights (7).

The Abortion Act (1967) states that a pregnancy may be ‘terminated’ if ‘the pregnancy would involve risk to the life of the pregnant woman’; included in the definition of ‘risk’ is risk to ‘mental and/or physical health’. The law also allows abortion if the child is to be born with ‘physical or mental abnormalities’ (8). The Islamic perspective also correlates with the guidelines given by the Royal College of Obstetrics and Gynaecology, which states that ‘over 98%’ of abortions are given on the grounds of there being a ‘risk to health’ of the mother, with only a ‘minority’ of pregnancies terminated on the grounds of ‘foetal abnormalities’ (The Care of Women Requesting Induced Abortion, 2011).

5. Permissibility of abortion on medical grounds

Based on the above, and the general consensus amongst Scholars, it is now clear that abortion at any stage is permissible when the pregnancy poses a definite risk to the life of the mother, which is deemed to be higher than the risk of abortion as determined by a qualified physician (6, 9).

What, however, is the opinion on permitting abortion when it is the foetus who is likely to be born with severe abnormalities? This was initially believed to be unlawful, based on the Quranic verse “Kill not your offspring for fear of poverty; it is we who provide for them and for you. Surely, killing them is a great sin.” (17:32) (10). In 1990 however, the Islamic World League released a ruling that ‘allowed abortion if the foetus with an untreatable severe condition’, provided that this is performed within the first 120 days (10). Examples of such conditions include ‘lethal foetal anomalies’ such as anencephaly, trisomy 13 and 18, and severe hypoplastic left heart syndrome.

6. Permissibility of abortion in the absence of medical reasons

On the other hand, a significant body of scholars consider abortion a major sin emphasising that the embryo enjoys a right to life from day 1. This school, however, allows abortion in exceptional circumstances such as difficulty on the family, with a recommendation to abort as early as possible. It is worth mentioning, however, that a majority of scholarly opinions strongly prohibit abortion if it is performed purely for fear of shortage of provision for the new-born.

It is likely that a significant part of abortions undertaken in the NHS is not permissible from an Islamic perspective. In addition, it is neither practical nor realistic for Muslim doctors to pick and choose which abortions they will or will not be willing to get involved with. It is therefore recommended that Muslim doctors should be advised to completely avoid taking part in the provision of abortion. It is worth mentioning that the law allows Health Professionals to avoid certain practices on religious grounds. Doctors should however provide care for women suffering from complications due to abortion.

Based on the above we can conclude that abortion is prohibited beyond 40/42 days from conception except for medical reasons determined by a qualified physician. Before this, abortion may be allowed only in certain circumstances, preferably after seeking fatwa on individual bases. 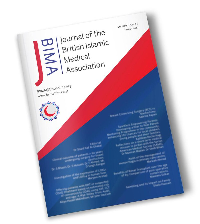